She was reckless, she was brave. Everything she did, she did it for the sake of happiness. Not that she understood its meaning, though.

She had many friends. She loved them and they loved them back, or so she thought. She believed in reciprocity: if she did good to others, others would do good to her too. But she forgot, not everyone had the same heart as her.

One day in her 18, she was hurt by her significant other in a way she never expected. She was traumatized. She kept it to herself and started to lose trust in people in general, scared she might be hurt again.

Years passed by, and although things had never been easy for her, time did its job to heal.

Happiness doesn’t matter for her no more, for she’s now only looking for peace. And it looks like she has found it.

She says that she is now at a point where her past trauma no longer impacts her life for the most part, while admitting she can never be fully healed from the scar. I am alright and will always be alright, she claimed.

This story might be just another story for you.

But not for me, since I personally know this girl.

A jack of many trades. Sometimes I draw. View all posts by Aida 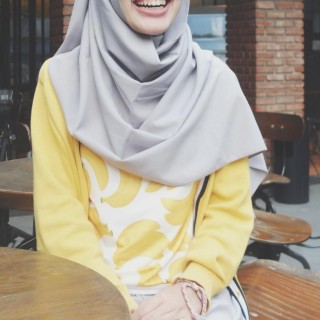 A jack of many trades. Sometimes I draw.